The twenty first century has woken up to the impending danger of climate change. The focus on adoption of sustainable living practices is picking up pace. In this backdrop, it is important to remember some of the pioneers in the field of environment conservation. One such visionary was none other than the first Indian Nobel laureate, poet Rabindranath Tagore.

Love of nature is one of the defining traits of the many-sided personality of Tagore.  The source of his deep attachment to the natural world is not to be sought merely in the inspiration that poets usually derive from the grace and beauty of nature. The poet was in close communion with nature and thus, developed a special relationship with it, based on the mixed feelings of wonderment, camaraderie and joy. This is expressed in a sublime song that Tagore had composed:

The sky is filled with the sun and the stars,
And the world is filled with life ,
In the midst of all this I have found my place,
This makes me wonder-struck
And awakens the music in me

Tagore, who can definitely stake his claim as a pioneering thinker on environment, deserves our attention for his contributions in two areas of environmental concerns: one in the realm of ideas and the other in the realm of actions. In the realm of ideas, he was against unnecessary and harmful interference with nature. He has decried such practices in many of his poems, plays, short stories and essays.

In Tagore’s play Mukodhara (Free Flow), the plot thickens over the incident of construction of a dam by the royal engineer, Bibhuti. At the behest of Ranjit, the king of Uttarakut, the dam was to be built, thus restricting free flow of a mountain stream. The protagonist of the play is the prince, Abhijit. He registers a strong protest against construction of the dam; an act that had agonised nature by ceasing free flow and, also, deprived people, in the plains of Shiv-Tarai , of the water from the stream. Going against the King and the engineer, he ultimately succeeded in shattering the dam and letting the water of the river flow along its own course.

This play, written in 1922, anticipates Narmada Bachao Andolon of the 1980s led by Medha Patkar, Baba Amte and others. The vulnerability of the ecology of the Himalayas and displacement of large number of villagers due to construction of big dams over the river Narmada were the issues behind the movement. Tagore’s play disapproves of interference with nature, especially when this is done for reasons which are inhuman or ethically unacceptable. Tagore strongly advocated the application of science and technology for development and he did not hesitate to enter into debates with Gandhiji on such issues; but he would never allow building engineering marvels by destroying what is now understood as ecological balance.

In the field of environmental activism Tagore’s significant contribution has been in introducing and popularising environmental awareness programmes, in general, and afforestation programme, in particular.

One of the important features of Tagore’s educational philosophy was to bring students closer to nature and to make them aware of the need to live in harmony with the natural world. In the school he founded at Santiniketan, in West Bengal, classes were held in the shadows of trees so that students could develop respect for and interest in nature. In 1927, he introduced the festival of tree-planting (Brikkharopon Utsav) in the school for bringing vast expanses of denuded forest land at Santiniketan and adjoining areas under tree cover. He would want increased private and government commitment for combating deforestation and protecting the environment. The first initiative from the Government for environmental issues was visible when the Ministry of Agriculture and Food launched Van Mahotsav programme in 1950 to create enthusiasm among masses for forest conservation and increasing green cover.  As we approach Van Mahotsav of this year in the week beginning July 1, 2019, we may lend voice to the song Tagore had composed during a Brikkharopon Utsav:

Raise aloft the banner of
The conquest of the desert
O, the life force
May the earth be consecrated
And blessed with the compassion
Of your tender soul 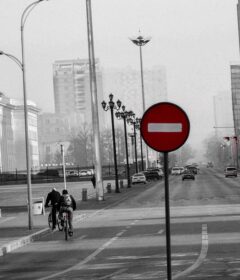 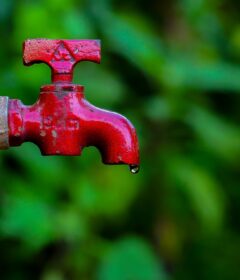 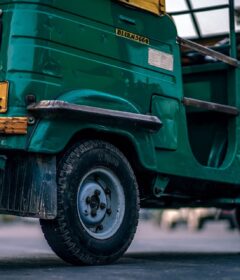