Plastic on My Plate

Plastic changed our world; a single material that transformed our lives bringing low cost convenience to everyone’s life. It triggered a large industry and almost redefined living and the culture of our times. Today, as we stare at the environmental impact of plastic, new findings are reiterating what we have known for a while. The need to “undo” is urgent and the challenge is mind-boggling.

As per the report, “How much plastic you consume in a week”, published in “The Hindu”, June 12, 2019, we are consuming 5 g of microplastic particles every week, equivalent in weight to a credit card. Over a year an individual will have consumed 250 g of plastic, the health consequence of which is not known yet.

75% of plastics that we use end up as waste. A third of that is dumped or leaches into nature polluting land, rivers and the sea. Nearly invisible bits of polymer have been found in tap water, bottled water, shellfish, beer and salt.

As per the report “Plastic particles have recently been found inside fish in the deepest recesses of the ocean, and blanketing the most pristine snows in the Pyrenees mountains between France and Spain.”

Based on 52 peer-reviewed-studies, this study is the first of its kind to estimate weight of plastics consumed by individuals. To read the full report click here.

The time for action is now. It is encouraging, therefore, to note that the action is already on! The ecosystem is gearing up with scientists, technologists, activists and government bodies springing into action. As per a report published in “The Hindu”, June 16, 2019, recently, Japan hosted a two-day meeting of environment and energy ministers from 20 major economies, ahead of the G20 summit.  Marine plastic trash and related innovations were one of the top issues that were discussed. To get the full report, read the article “G20 agrees to tackle ocean plastic waste”.

The game is on! Life, as we know it, is set to change for the better. As we look forward to more positive news that can balance and maybe dominate the negatives, it is time for us to pause and reflect. As an individual what is it that I can do? A lot, for sure! Check out our blog, “Three Steps to Living Plastic Free”! 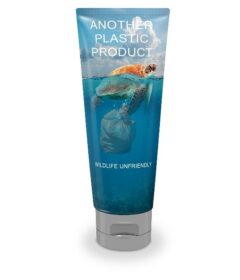 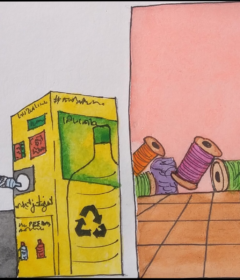 My Bottle in My Shoes 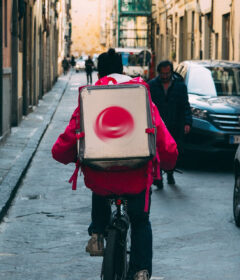 The Footprint of your Food Order